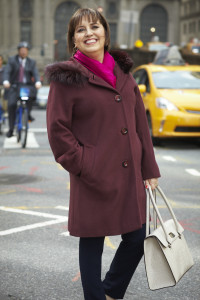 Carol Evans is CEO of Carol Evans Enterprises, dedicated to guiding companies to greatness in the advancement of women and inspiring women to lead their most fulfilling lives. She is Founder and President Emeritus of Working Mother Media.

Carol has had a storied career.  She was part of the team that launched Working Mother magazine in 1979,  growing the magazine to 800,000 circulation and capturing the public’s attention for this culture changing demographic group. In 1986 she published the Working Mother 100 Best – still corporate America’s most important benchmark for gender advancement.  In 1996 she became COO of Chief Executive Group where she hosted roundtables and conferences for 600 CEOs every year, giving her unique insight into how to reach and influence key leaders. She founded Working Mother Media (WMM) in August 2001 by acquiring the magazine she had launched 22 years earlier, becoming the first woman and the first mom to own the iconic publication.

As CEO of WMM, Carol diversified the company to champion the needs of working mothers, women of color, executive women and diverse groups.  She acquired Diversity Best Practices (DBP) to broaden WMM’s influence and capabilities.  Her passion for underserved employees led her to launch the Best Companies for Multicultural Women, Best Law Firms for Women, Best of Congress, Best Companies for Hourly Workers and Top Companies for Executive Women, with conferences, benchmarking and media aligned to help companies take the right steps toward gender and racial equity. Evans expanded WMM globally, hosting conferences in China, India, Brazil, Europe and Africa. In 2008 she sold WMM to Bonnier Corp, staying on as President until 2015.

Carol Evans is a highly acclaimed keynote speaker on the advancement of women, work life management, women of color and corporate culture.  She has appeared on hundreds of TV and radio shows; her award-winning book, This Is How We Do It: The Working Mother’s Manifesto, was published by Penguin. She has been honored with numerous awards from organizations including the U.S. Navy, ACOD, YWCA, Jacob’s Institute, Women Work, Walmart, Advertising Age, March of Dimes, MIN, and Women’s Venture Fund. She lives in New Castle, New York and is proud of her grown children, Robert and Julia Rose, and her husband Bob Coulombe.